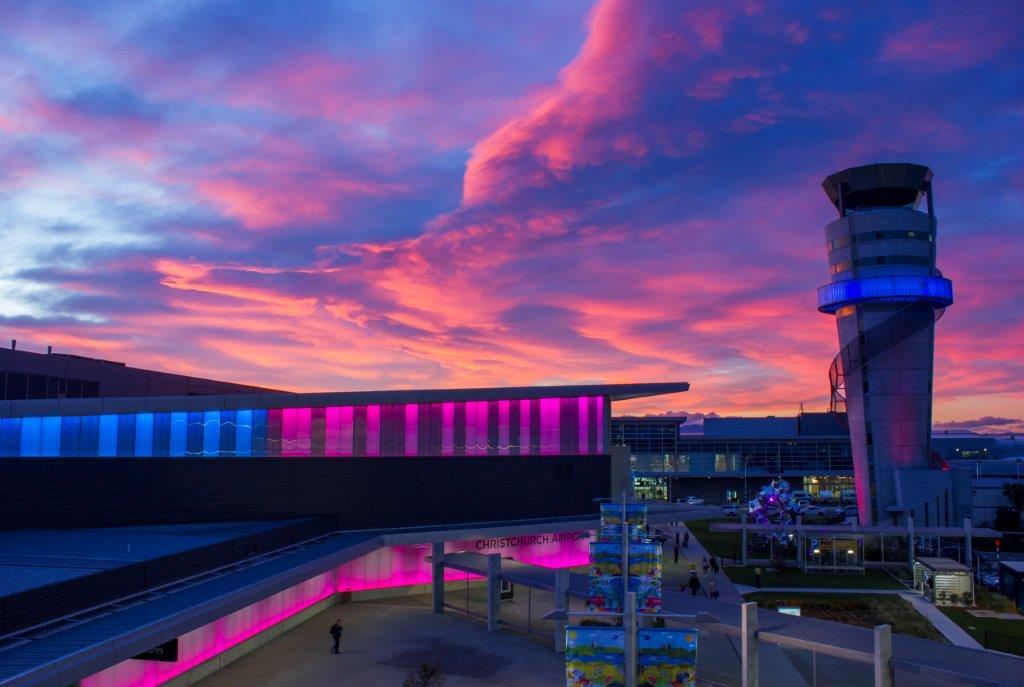 Here’s something you might not have been expecting: at long last, true progress on fixing NOTAM’s.

If you’ve been following the story over the last few years, you’ll know that there has been an ever brightening spotlight on the problem. Here at OPSGROUP, we’ve certainly been vocal about the issue. The response to our first blog post back in 2017 was huge, and so we made it our mission: Let’s Fix NOTAMs.

We started out with a campaign to bring attention to the problem: We wrote the Field Guide to Notams, ran a Worst NOTAM competition at EBACE, held a Notam Summit in New York, conducted a pilot and dispatcher survey with 2100 responses, asked OPSGROUP members for support and input, ran a design contest, and through all of this gathered ideas on how to fix things. That led to an updated article in 2019 titled “Why Pilots are reading a Reel of Telegrams in the Cockpit” – which gathered more energy and interest around the problem. We then formed a Notam Team, started this “Fixing Notams” website, worked with other industry groups looking at the issue like the AIS Reform Coalition, and saw the FAA host the first industry gathering on NOTAMs in November 2019. We started a petition to keep momentum going, with 8800 people signing our plea to fix Notams.

In terms of specific solutions, we tried a bunch of things. We built an AI bot with ICAO, called NORM – to see if we could use machine learning to sort out the mess. In the Notam Team, we looked at the problem from the ground up, and looked at building an entirely new system, called N2. We also collaborated further with ICAO to build the Notameter, a tool to analyse the quality of existing Notams. Internally at OPSGROUP, our small team spent many hours researching, pondering, idea generating and data analysing.

The result? Much learning, much discussion, much collaboration – but no concrete results or fixes. This the way of things. NOTAMs are harder than they look. The AI was not able to make sense of Notams in the way we’d hoped, the initial Notameter was interesting but wasn’t changing anything. A brand new system wasn’t going to work: despite the failings, the existing system has buy-in and trust, and attempting to circumvent that with an entirely new mechanism sounds inspiring, but isn’t practical.

But progress doesn’t always come along the path that you expect. And in the quiet, dark days of a Covid-dominated December, a small group of die-hard Notam Fixers formed to continue the battle. Taking all the learnings of the Notam journey over the last few years, we sat down together once a fortnight over the last few months, and forged a new path. Each of us represented our own group of allies in the mission: ICAO, IFAIMA, IFALPA, and OPSGROUP. This togetherness created a renewed energy to solve the problem.

And now, we have traction.

Next month, ICAO will spearhead the launch of a Global Campaign on NOTAM Improvement. Our aim is to solve the Notam Problem in manageable chunks, gathering energy as we solve them and make progress. Rather than re-invent the wheel, we will fix the system from within, starting with the easier aspects and progressing from there. The first phase of this campaign focuses on Old Notams. At any one time, there are about 35,000 active Notams globally, and 20% of these – one in five – are old; in other words, not respecting the existing rules of Notams being issued in principle once only for a maximum of three months (everything else should go into the AIP, an AIC, or some other publication).  We are drawing on the collective cooperation of the AIS community – the Notam Officers – to uphold the rules and get rid of Notams that don’t follow them. The result will be a potential decrease of 7,000 Notams per month, and a 20% reduction in the size of the average briefing packet.

The ICAO Global Campaign on Notam Improvement will kick off with a worldwide webinar on April 8th, for which ICAO has issued an invitation to member states by State Letter. After this, a series of bi-monthly progress webinars will start on June 16th.

The backing of ICAO means we are now tackling the Notam Problem head on, with the fullest force.

The focus on “Old Notams” is just the first phase of this campaign. As well as tackling this particular aspect of the Notam Problem, we will be creating awareness of the wider issue, especially in the AIS community, and forming support mechanisms for AIS offices around the world to deal with not just Old Notams, but also further improvements down the track. In Phase Two, we plan to look more closely at how we can improve the mechanics of the system itself.

An important distinction to make here is that this work is on “NOTAMs, Now“. There is separate, ongoing work in the field of the “Future of NOTAMs”. You may have seen acronyms like SWIM and AIXM, and terms like Digital Notams or Graphical Notams. The FAA, ICAO, Eurocontrol, and other agencies are building a model for the future, when NOTAM’s will change from the current AFTN format and transmission into an internet, or IP based, transmission and following a service-oriented approach. This work is valuable, but with a target implementation date of 2028, has a different focus. Even if it goes smoothly, it would not instigate change until 2028. Needless to say, if we don’t fix the underlying issues now, it may not even solve them then, either.

For the enthusiasts, I’ll delve some more into the Notam Problem, what we’ve learned, and what the next phase of fixing might look like.

In Phase One, the brief is simple and clear: remove Old Notams, and reduce the count. That count – or total volume of Notams – reached about 1.9 million in 2020. Reducing that count by 20% means a reduction in the volume of Notams that pilots are presented with pre-flight. It’s a simple, quick win.

In Phase Two, we will be able to look at the first systemic change – not just reducing the count as in phase one, but finding ways to improve the quality and usability of the system as a whole.

One potential option is how we can label Notams. You might recall we built an Artificial Intelligence bot with ICAO, called NORM. The terms Artificial Intelligence (AI) and Machine Learning are in essence still interchangeable, and the latter makes things easier for most of us to comprehend. Machine learning is really just “Thing Labelling” (see this article from Cassie at Google). Very simply: tell me what this thing is about, and I can do something with it. NORM wasn’t able to “thing label” quite as well as we’d hoped, but the concept remains valid for Notams – if you can tell me what this Notam is about, I can do things with it.

The result? As you might imagine, the person putting a NOTAM into the system has to choose a Q-code, and with that many choices, the same subject can have a host of different Q-codes. In a review of all Notams issued in 2020, we found 1,063 different Q-codes in common use. In addition, we found that 47% of Aerodrome Notams, and 25% of FIR Notams, used the Q-code “XX” or “XXXX”, which translates as “I don’t quite know which one to use”.

Net result: The Q-code isn’t a reliable thing-labeller as it stands. However, if we refine the number of available Q-codes to a set amount, like 50, or 100, we then have a robust and reliable way of labelling the Notam. And if we have a reliable label, then we can do two magical things: SORT and FILTER them. Sorting means that we can present critical items first (like a runway closure), and Filtering means we can exclude things we don’t care about (Birds, perhaps).

A key item on the Pilot wishlist is “Show me the critical stuff first”. If the NOTAM can be labelled to show “What is this NOTAM about”, it would allow end users (directly, or through the NOTAM distributors like Lido, Jeppesen, ARINC, etc.) to reliably filter and sort them. In other words, Closed Runways appear first and Birds and Grass Cutting appear last, if at all. The magic of refining the Q-code field to achieve this is that we don’t need to build anything new, make any structural changes to a Notam message (exceptionally challenging), nor create a burden on states to invest in new technology. It’s a simple, very effective, tweak.

There are other recognised issues: for example, the Upper Case format, Plain English vs Abbreviations, and in time, I believe we can solve those too.

Getting closer to the solution

For those of you that have been with us for a longer period,  you might remember the little chart I drew a year or two back. Fixing Notams was never going to be easy. 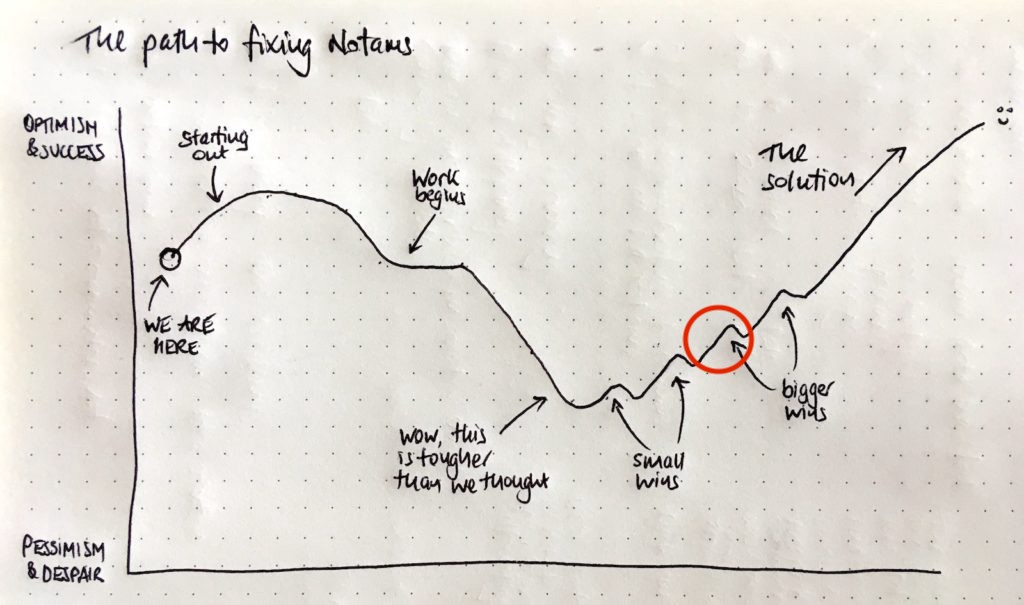 I think we’re somewhere around the red circle area. We have done so much, and we now have global attention, a harmonious, energised group of organizations working on the problem, and as of April 2021, the backing and full force of ICAO in this Global Campaign for Notam Improvement.

I’m excited to see what we can achieve from here. 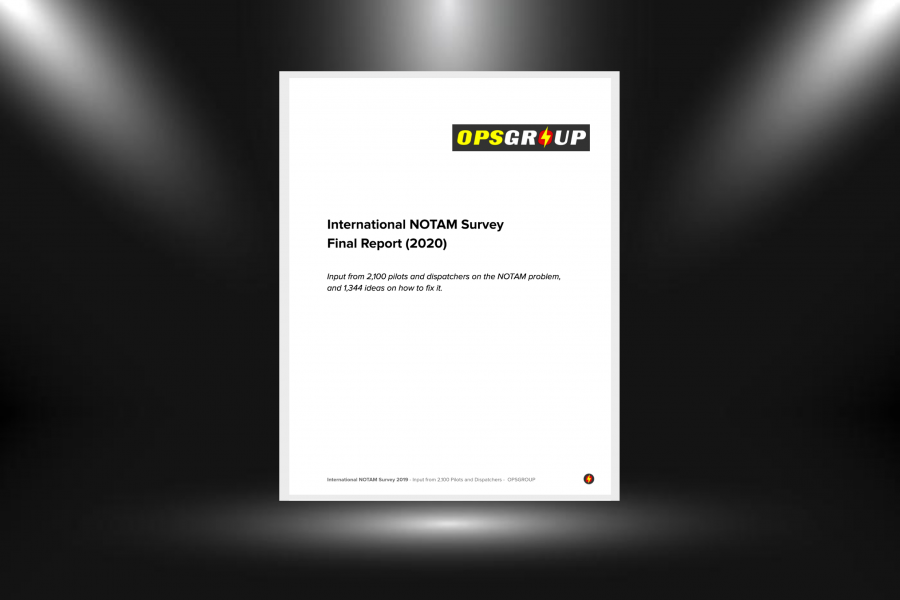 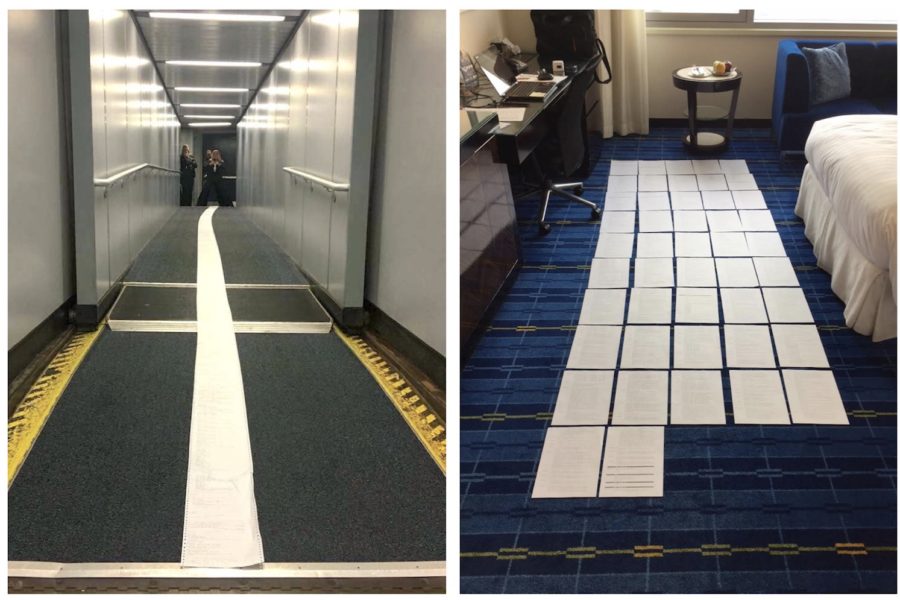 Why Pilots are reading a reel of telegrams in the cockpit